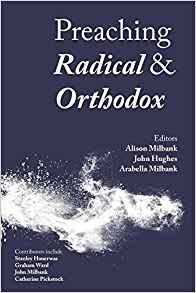 Since its beginning in the 1990s, Radical Orthodoxy has become perhaps the most influential, and certainly the most controversial, movement in contemporary theology.

This book offers an introduction to the Radical Orthodox sensibility through sermons preached by some of those most prominent figures in radical orthodoxy. Accessible, challenging and varied, the sermons together help to suggest what Radical Orthodoxy might mean in practice.

V. For the Time Being: Trinity Season and Christian Lives